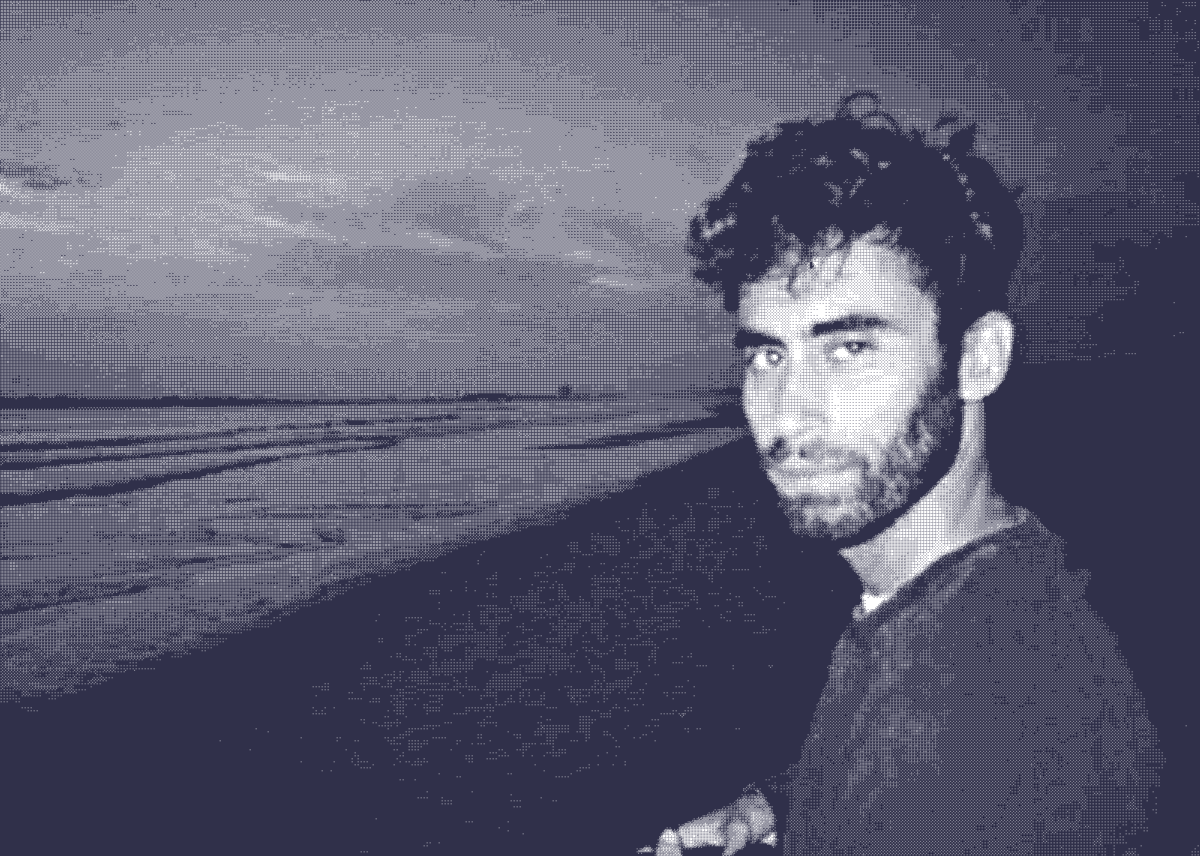 Michele Rizzo (°1984, Italy) graduated in 2011 at the School for new Dance Development in Amsterdam (SNDO), where he is now a guest teacher in choreography and movement research, and in 2015 at the Sandberg Instituut Amsterdam in the Dirty Art Department Master program for visual arts.

Michele’s research operates at the crossover between performance and visual art, and produces performances with high visual impact, that merge sculpture, dance and theatre elements. Although all his works are united by a distinctive interest into the poetics of transformation, becoming and transcending, the outcomes of such multidisciplinary approach often crystallize in very different performances.

In 2013 he created the work M, which premiered in Something Raw festival in Amsterdam, and which existed also in the form of an installation and a magazine. In this work Michele confronts himself with his own image, with notions of identity and self design, while interacting with a sculpture / realistic copy of his own body. Later, in 2015, he created HIGHER, produced by Frascati theatre in collaboration with ICK Amsterdam. HIGHER is a project inspired by club culture for which Michele collaborated with internationally acclaimed music producer Lorenzo Senni. The main focus of the project is the experience of ecstatic dancing, as during the activity of clubbing, and the performativity developed in the research looked at trance as a state that allows a sculptural shaping of the dancing body-mind. Taking as well the form of a workshop, the HIGHER project has been widely shown through out Europe during the past two years at different venues and festivals such as, among others,  URB festival in Helsinki (FI), Rencontres chorégraphiques internationales de Seine-Saint-Denis and La Briqueterie in Paris (FR), Santarcangelo Festival in Rimini (IT), Short Theatre in Rome (IT), Festival DDD in Porto (PT), CAMPO in Ghent (BE), de Warande in Turnhout (BE), and as workshop in Impulstanz Vienna (AU). His last work Spacewalk (2017), produced by Frascati theatre and AFK and coproduced by Dansmakers Amsterdam, ICKamsterdam and CAMPO, deals still with notions of clubbing and trance, but as well transcends the aesthetic of the club, translating it into a unique spatial environment, which refers to the realm of the virtual and architecture. The third and final instalment in this series – Deposition – had its premiere at kunstencentrum BUDA at the beginning of 2019.

GRIP – together with Amsterdam based DANSCO – focuses on the production and/or distribution of Rizzo’s trilogy of stage works (SPACEWALK – HIGHER – DEPOSITION). To keep updated on other work by Michele Rizzo, it is best to keep an eye on >his instagram account<.

Michele is a GRIP artist since 2017. He is cofounder of both the choreographic platform DANSCO Amsterdam, and the art and dance space Jacuzzi Amsterdam.